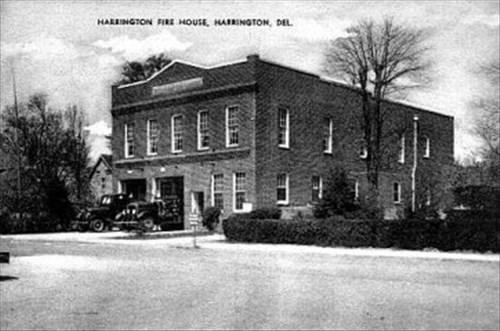 At the turn of the century, when a fire broke out in the town of Harrington the church bells, train whistles, and factory whistles would ring out to alert the people in town that there was a fire and help was needed.  Hearing the alarms anyone who was available - man, woman, or child - would gather up their buckets and ladders and run to the fire to help their neighbors put it out.  Most of the time even with all their efforts, their property was a total loss.

In 1901 the town of Harrington hired a firm to put a stand pipe water system in the town.  With this water system in place a group of gentlemen held a meeting to discuss forming some type of fire protection for their small town.  This group was the start of what would become the Harrington Fire Company.

By March 2, 1902 they organized a fire company.  They stored their equipment in a garage in town.  They had one hose reel plus their buckets and ladders.  It wasn't until the town and the fire company purchased the Methodist/ Protestant Church on Mechanic Street, sometime between 1905 and 1906, that they had a permanent home.  The church congregation gathered together in October of 1905 marched to their new church home, now Trinity Church on Dorman Street.  This left the Mechanic Street property vacant allowing the town and fire company to purchase the property.  The Mechanic Street property became the town office and a place for the firemen to meet and house their equipment.  They now had two hose reels and one ladder wagon.

The fire company's next piece of equipment to be purchased was a hand held pumper.  It was pulled by a person to the scene of the fire then hooked up to the stand pipe system, a hose attached to put out fires.  As time went on they started to discuss the feasibility of purchasing a motorized pumper.

The first motorized pumper was a 1916 Model-T Ford.  The day that it arrived in Harrington it was put on a railroad flat car and taken to Selbyville where they were fighting a big fire in their downtown area.  It was instrumental in helping to put that fire out.

In the next few years they were able to acquire more equipment.  With this growth the members began talking about building Harrington's first firehouse.  The new brick fire house was built sometime between 1926-1928 at a cost of $14,000.  This fire house was remodeled several times over the years as the fire company grew and needs changed.

In the 1950's the fire company built an addition to their building to house the ambulance and the rest of their equipment.  In the 1960's, as they acquired more equipment they built a large metal building next to the fire station.  In 1968 they purchased a new fire truck.  They purchased an identical fire truck in 1972.  The next major equipment purchase was in 1987 when they bought a Pierce 3,000 gallon tanker pumper.

The year 1989 saw the fire company remodel their building at an approximate cost of $300,000.  In 1996 they bought a new fire truck completely equipped with A and B foam on the unit itself, at an approximate cost of $500,000.  The new state-of-the-art truck was the only one of its kind in the state.  Shortly after the purchase of the foam truck, the members agreed to sell the old 50-1 truck, a 1957 tanker pumper, to the Two Bayou Volunteer Fire Company in Camden, Arkansas for $1.  Jack Bush, representing the Arkansas fire company, came to Harrington and drove the 39-year-old truck back home.  Once home, he called the Harrington fire station to again thank them for their generosity.

In July 1999 the members of the fire company voted to begin a major construction project - a new fire station.  They built a new $2.5 million fire station and banquet hall at 20 Clark Street.  They moved into the new building with an impressive caravan of equipment in July 2000.

In July 2002 the fire company purchased a ladder truck from Seaford Fire Company.  After extensive training of the members the ladder/tower was put into service in December of 2002.  It is designated as Tower 50.

In October of 2002 the members placed in service a 2002 American Lafrance Ambulance designated C-50.  The new ambulance now gives the department a total of 3 ambulances.  With the latest purchases the fire company has 15 pieces of equipment for fire and ambulance service.

After a century of fire service, the volunteer men and women of the Harrington Fire Company, yesterday and today, are the unsung heroes of our community.  They will Continue to serve us well in this, the 21st Century. 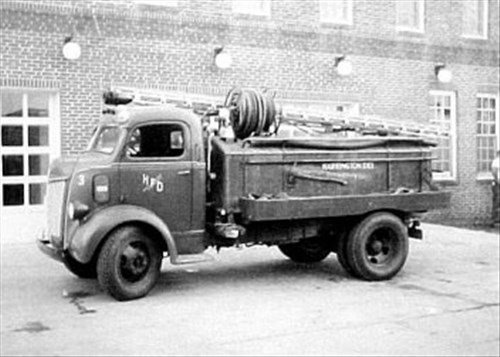 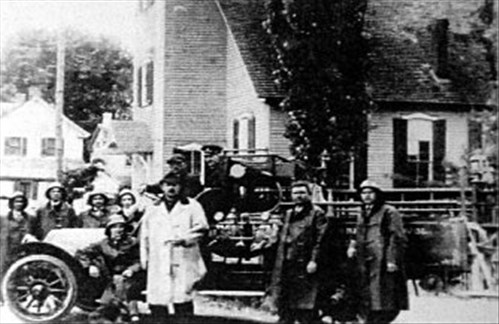 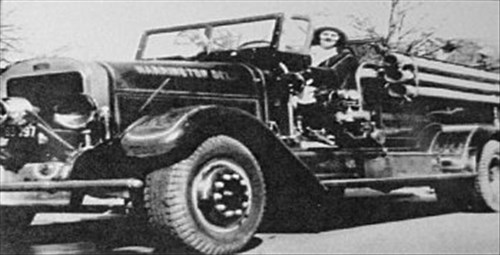 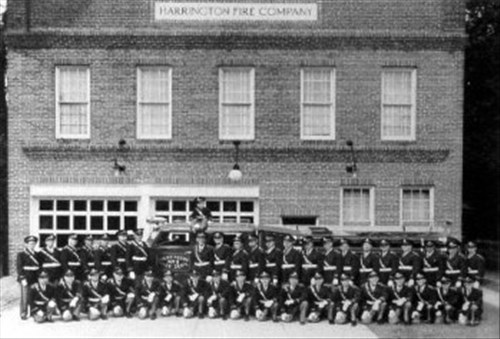 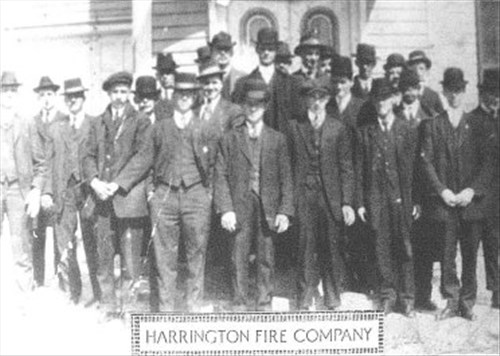 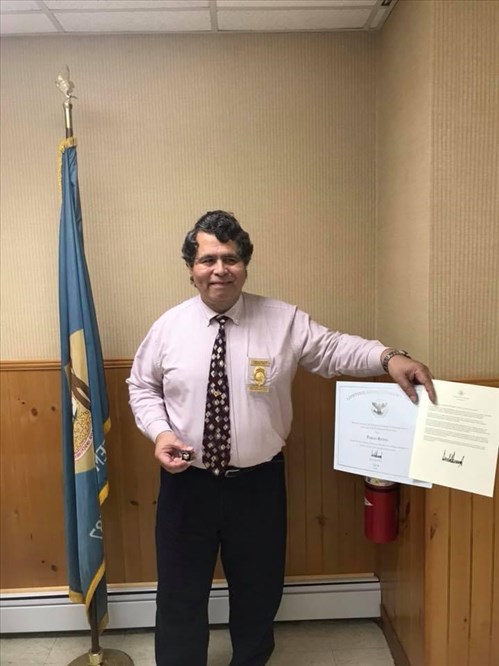