On Saturday June 22, 2019 at 12:10 pm the Harrington Fire Company, Kent County EMS, Felton Fire Company EMS and Delaware State Police Aviation were dispatched to vehicle accident involving a motorcycle on Hopkins Cemetery Rd. in the area of Raughley Hill Rd.  Harrington Police and Delaware State Police were first to arrive and police reported that the accident was involving a motorcycle and a jeep with two Priority 1 patients with two trauma arrests and one Priority 3 patient.    BLS and ALS units arrived and began treating the two patients on the motorcycle.  Fire units then arrived and began assisting EMS units.  The two patients from the motorcycle were then transported to Bayhealth Kent General with Life Threatening injuries and later were pronounced deceased at the hospital.   One of the occupants of the jeep was also transported with non-life threatening injuries.  Delaware State Police Aviation units arrived on scene and assisted on scene but did not transport.  The scene was then placed under control.  Del-Dot responded to shut down the road.  The scene is being turned over to the Delaware State Police for further investigation.  UNITS ON SCENE:  50 Command, A-50, B-50, A-48, Rescue 50, 50-5, KM-8, KM-9, KM-10, KM-5, Trooper 2, Trooper 4, Fire Police, Del-Dot,  Harrington PD and Delaware State Police.  OFFICER IN CHARGE:  Fire Chief Robbie Brode.   Due to the Severity of the Accident and out of respect for those involved no photos of this incident will be released. 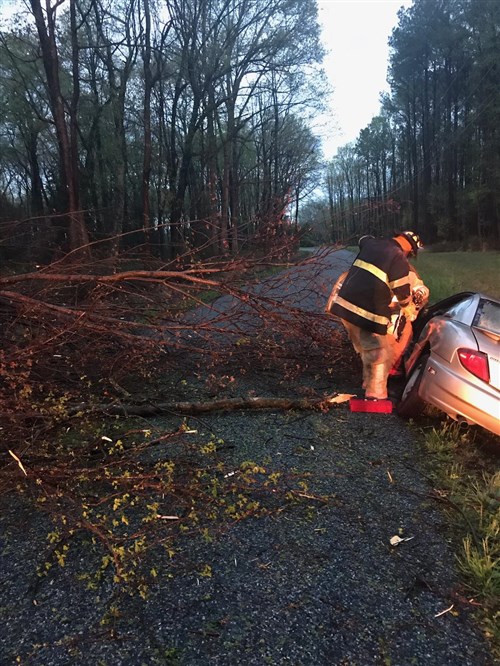