On Monday March 15, 2021 at approximately 0627 hrs. the Harrington Fire Company was dispatched for an unknown MVC on Whitelysburg Rd. in the area Wolfpit Ridge Rd.  While responding units were advised that Kent County 911 was taking additional calls for a report of  a vehicle overturned in water and subjects trapped in the vehicle.  Felton Fire Co. (Sta. 48) was then alerted for the Rescue and Ambulance Assist.  Upon arrival of EMS crews both crews entered the water and began attempting to access the trapped subjects.  Units confirmed one subject had self-extricated and two subjects were still trapped in the vehicle.   R-50 crew arrived and placed the hurst tool in service and with the assistance of the EMS crews were able to get one of the doors open.  Both of the trapped subjects were then removed and taken to awaiting ambulances.  All three occupants of the vehicle were transported to local hospitals for treatment.  The scene was then placed under control and the scene was then turned over to the Delaware State Police for further investigation.  UNITS ON SCENE:  50 Command, Ambulances A-50, B-50, C-50, A-48, B-48, Rescue 50, Engine 50-1, Rescue/Engine 48-1, Kent County EMS KM-5, KM-8 and KM-10, DSP Aviation Trooper 2 and Trooper 4, Delaware State Police Troop 3 Patrol Units, Harrington PD and Fire Police.  OFFICER IN CHARGE:  Fire Chief Robbie Brode. 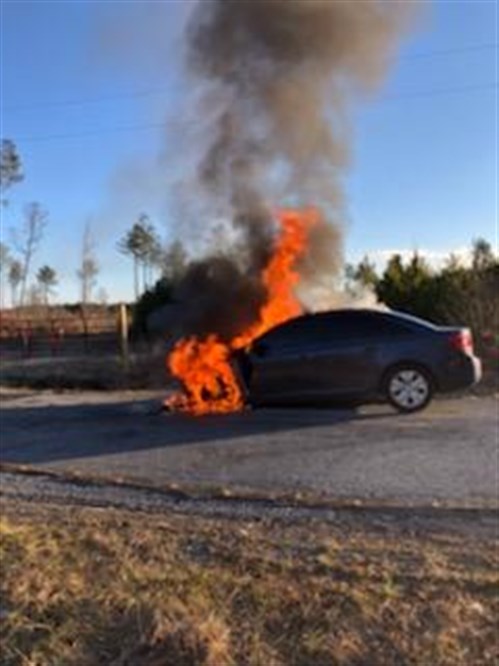