On Monday January 10, 2022 at 1613 hrs the Harrington Fire Company, Kent County EMS (KM-8B, KM-10, KM-5), Houston Fire Company EMS and Delaware State Police Aviation Trooper 2 were alerted for a vehicle accident on Raceway Blvd in the area of William M. Chambers Jr. Rd. on the Delaware State Fairgrounds.  Crews arrived on scene to find a two vehicle accident with one vehicle on its side and second vehicle with one subject still inside the vehicle.  EMS crews began assessing the two injured subjects and confirmed that a crews would need to perform a door removal on one of the vehicles.  R-50 and Engine 50-1 crews arrived and stabilized the vehicle and removed the drivers side door of the vehicle.  The injured subject was then removed and both patients were evaluated by EMS.  Both patients refused transport to the hospital.  KM-10, KM-5 and DSP Trooper 2 were all cancelled prior to arrival.  The scene was then placed under control and all units returned to quarters.  The scene was turned over to the Delaware State Police for further investigation.  UNITS ON SCENE:  50 Command, Ambulances C-50, B-52 (Houston), Rescue 50, Engine 50-1, Fire Police, DSP and Harrington PD.  OFFICER IN CHARGE:  Deputy Fire Chief Kenny Brode. 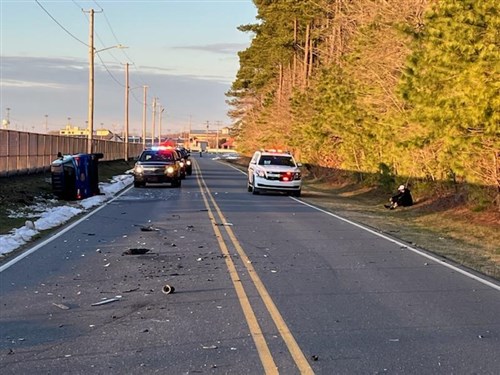 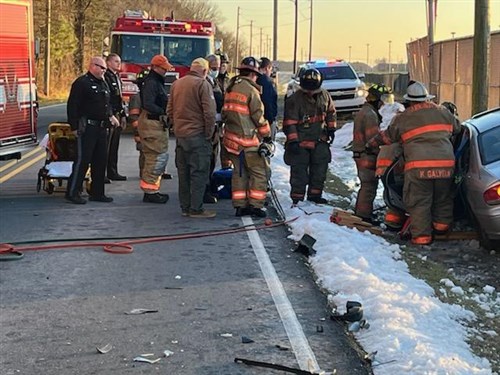 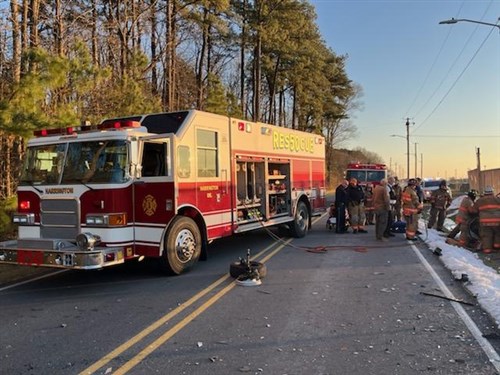 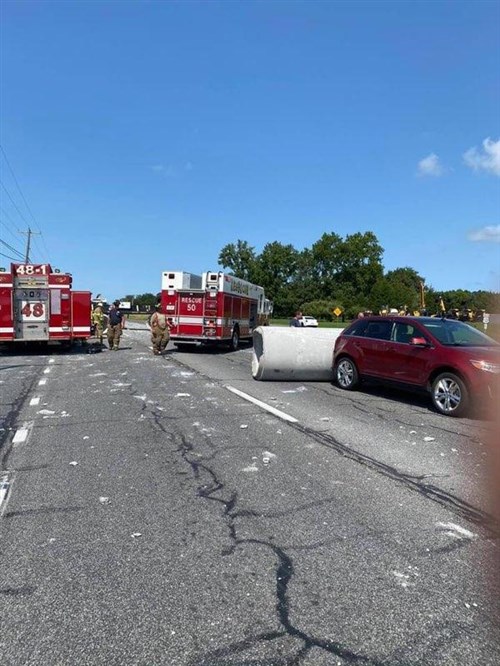